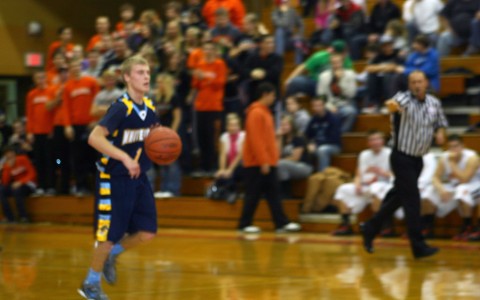 The Summerfield Bulldogs may have defeated the visiting Whiteford Bobcats on their visit to their rival’s turf, but it was Colin Lake’s night to shine Jan. 5 as he became just one of nine Whiteford Bobcats to score over 1,000 points in his career. Lake reached that point in the Summerfield game with 1:58 left in the third quarter when he arced a three-point shot from his left side to break the barrier. Lake needed 14 points but scored 22 to place him ninth on the overall scoring list. But with several games left in the season and a whole season ahead of him next year he could easily move up that list very quickly. The Bobcats lost the contest 58-53.

The Blissfield varsity men’s basketball squad’s record dropped to 3-13 this week following a pair of losses to LCAA opponents. The Royals were stung by the Hillsdale Hornets 73-30 Feb. 5 at home, and then dropped a close contest with Columbia Central 59-51 Saturday night.

The Britton Deerfield Patriots struggled in both league and non-league contests last week. Britton Deerfield lost a close one to Clinton on the road Feb. 5 55-49. The Patriots then fell to Lenawee Christian 53-27 at Deerfield on Friday evening, Feb. 8. 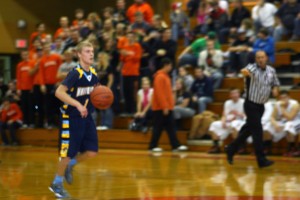