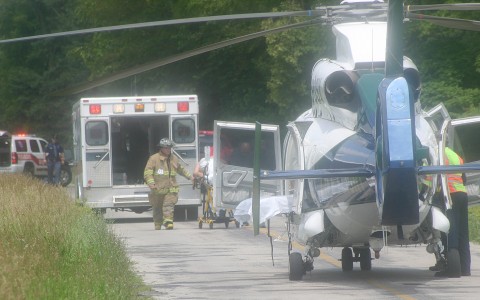 A woman was airlifted from an unknown situation on Raisin Center Highway in Palmyra Township Sunday afternoon.

A passerby called in a report of a possible crash involving a woman on a bicycle on Raisin Center Highway south of Demlow Road shortly  before 2 p.m., according to police.

Michigan State Police troopers at the scene said they were still trying to determine what happened . At the time, troopers said, there were no witnesses who had come forward and no visible signs of a crash such as skid marks or debris. LifeFlight landed on the road and later transported the woman to an unknown hospital.

No additional information was available.