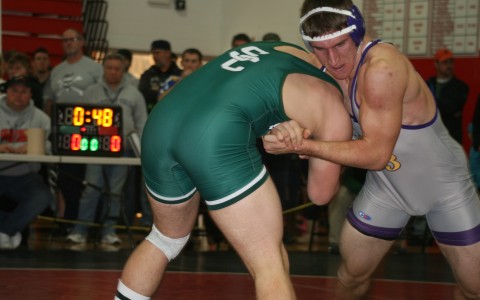 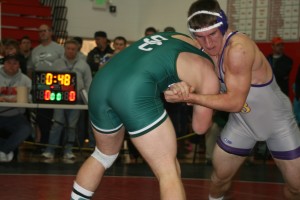 The Blissfield varsity wrestling squad was faced with some tough competition at the Grass Lake Tournament Dec. 28, as it was matched up against some powerful programs in Clinton, Stockbridge, Jefferson, Grass Lake and Concord. The Royals went 1-4 on the day with their sole victory coming in the form of a 54-12 domination of Concord. Blissfield fell just short of defeating Grass Lake, coming up three points short as they lost 43-39. The Royals also fell to Jefferson 71-12, Stockbridge 52-22 and Clinton 48-27.

Following the Grass Lake Tournament, the Blissfield grapplers headed to Clinton for the Clinton Invitational for individual competition. One of the highlights of the tournament for Blissfield came in the form of its big bruisers in the 285-pound weight class. Thompson finished fourth overall for the tournament and fellow Royal Zach Goetz finished just behind him in fifth place. On top of both wrestlers finishing in the top five, Ford said both Thompson and Goetz were victorious over the number-four-ranked wrestler in the state of Michigan for division four.

Copyright 2013, River Raisin Publications, Inc. For the complete story with individual performances, please see the Jan. 9, 2013, edition of The Advance.