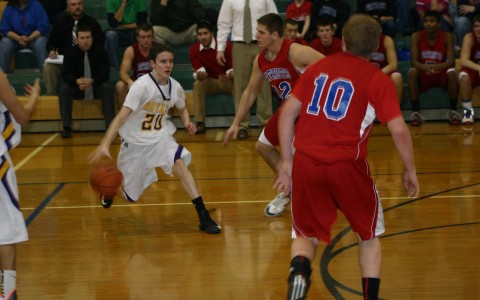 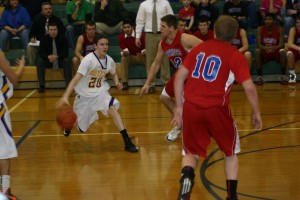 MONR0E – One thing that is guaranteed when the Blissfield Royals and the Britton Deerfield Patriots men’s basketball teams play a game fans wiill be on the edge of their seats until the very end.
Once again Blissfield was victorious over the Patriots by a score of one, defeating them 48-47 in the clock ran out in overtime Monday evening in the first round of district play.
In a game that went back and forth from the beginning it came down to who had one last play in the end and Blissfield capitalized on a missed freethrow attempt by Jordan Osbun and Felipe Cazares scooped up the rebound and dribbled down the court and made the layup to get the win.
For the complete story by Melissa Burnor, please see the March 6, 2013, edition of The Advance.