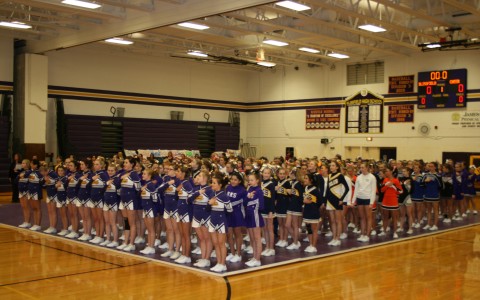 It was a disappointing week for the Blissfield varsity competitive cheer squad. The Royals hosted their annual Blissfield Jamboree on Thursday, Jan. 10, which included Columbia Central, Hudson, Ida and Onsted.

The squad hoped to fine tune its routines when it headed to the Hudson Invitational Saturday, Jan. 12. The competition was deep, according to Spotts, with 30 teams in attendance, including nine squads in Blissfield’s division. The Royals appeared poised to meet the competition head-on, as they posted season-best scores in rounds one and two of 202.9 and 181.66 putting the Royals in third-place behind host Hudson and Vandercook Lake at that point. Blissfield was unable to maintain their momentum, though, and suffered 16 points of penalties in round three to drop their final-round score to 237.1.

Copyright 2013, River Raisin Publications, Inc.  For the rest of the story, please see Jan. 16’s edition of The Advance. 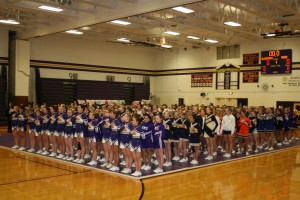