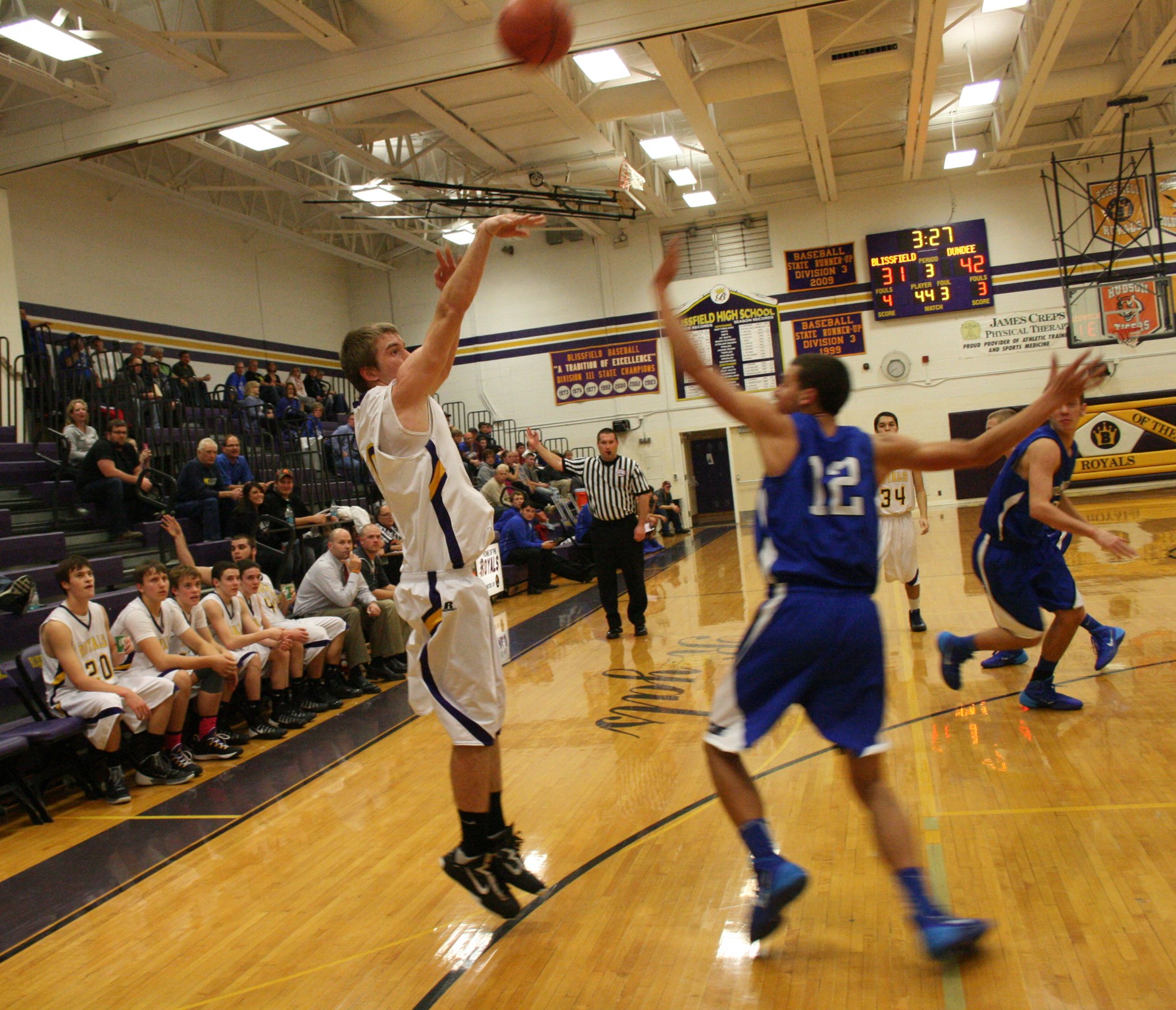 The Blissfield varsity basketball squad split a pair of contests last week with a 69-36 victory over the Hudson Tigers, followed by a 68-52 fall to the Dundee Vikings. The Royals’ record now stands at 2-2 overall and 1-1 in the LCAA.

It wasn’t pretty, but the Britton Deerfield Patriots beat the Clinton Redskins 44-41 for the first time since the 2011-12 season.