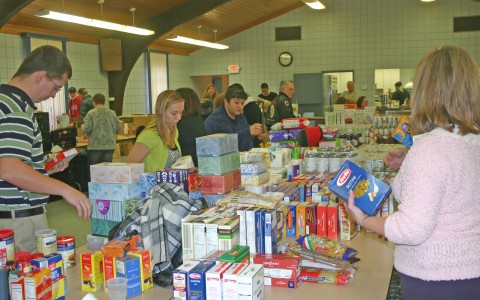 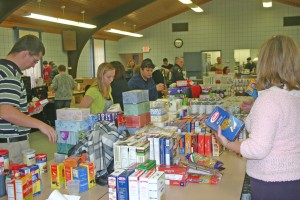 When Rudy Mirelez was 10 years old, the company his father worked for in Adrian closed up shop and moved south close to the Thanksgiving holiday.

Just two weeks later, the Mirelez family grew in size with the birth of a younger sister. Someone must have thought the young, growing family could use a little boost during the holiday season. Mirelez said the family received a Christmas basket.

“I never forgot that,” he said.

Fast-forward a couple of decades and Mirelez was one of the founding members of what was then the St. Peter’s Catholic Church Knights of Columbus in June 1981.

“We were a new group and we thought we should do something,” Mirelez said.

He, Doug Winkler and Ron Coopshaw were largely responsible for the idea of having the fraternal service organization lend a helping hand to community members at Christmas.

In those early years it was more of a concerted effort of the members of the organization and parishioners of the church. Now more than three decades later the effort not only reaches out to families in Blissfield but to several in the southeastern part of Lenawee County. This year the Knights of Columbus helped 87 families, Mirelez said.

This past weekend, a large volunteer effort that worked like a well-oiled machine created bountiful Christmas baskets for these families. To read the inspirational story of this effort, please see Melissa Burnor’s story in the Dec. 19, 2012, edition of The Advance. Copyright 2012, River Raisin Publications, Inc.