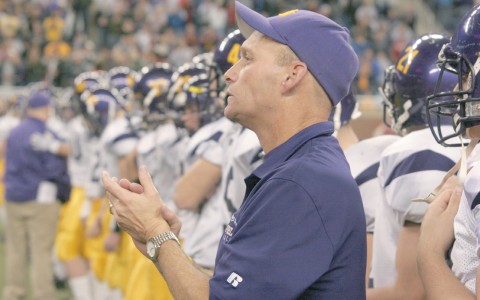 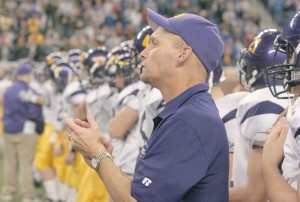 After 11 seasons and eight playoff appearances, Blissfield head varsity football coach Ron Estes has decided to step away from the game.

Estes is leaving behind a decorated legacy at Blissfield, that includes a pair of league championships, a district and regional championship, and a state runner up finish in 2007 at Ford Field.

“I needed to step away for a little bit, and felt like the timing was right,” Estes said.

The veteran coach said he has no immediate coaching plans in his future, but added his career as a coach is far from over.

“I’m not done coaching, this is just a temporary thing. But I have absolutely nothing brewing,” he said.

With a 76-40 career record at Blissfield and a 66 percent winning percentage, Estes should have little trouble finding a position when he decides to return.

In a career filled with accomplishments, winning seasons and post season success, Estes said it was the Blissfield community and the kids he coached that were the greatest point of pride in his career.

“Blissfield is a great community, and that was reflected in the young men I coached. Not every team was a championship level team, but every team had great qualities and great character, and it was a privilege to coach them.”

Copyright 2012, River Raisin Publications, Inc. For the rest of Chad’s story, please see the Dec. 5, 2012, edition of The ADVANCE.