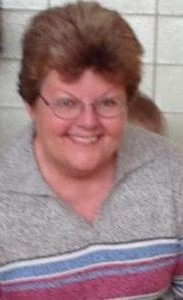 SYLVANIA — “She was a woman that loved her grandchildren,” Detective Jake Albright of the Sylvania Township Department said of Catherine Sackrider.
The 59-year-old former Sylvania woman’s body was found near an old barn on Scott Highway in Palmyra Township Nov. 9 by an employee of Crop Production Services spreading lime on the corn stubble field surrounding the barn.
Albright said that Sackrider’s dentist in Sylvania Township was able to identify x-rays taken from the autopsy and comparing them toher dental records at his practice. 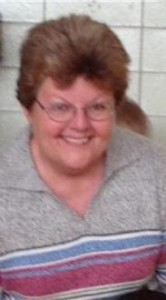 Police have not determined the manner of death but are treating it as suspicious.
“There was evidence at the scene that made it suspicious,” Lenawee County Sheriff Jack Welsh said, “but we haven’t released anything. We don’t want to hinder their investigation or ours.”
And the multiple-jurisdiction investigation that covers three states is a complicating factor in the investigation that is requiring cooperation with law enforcement in Michigan, Ohio and Indiana.
Sackrider was last seen leaving her daughter’s home on Sept. 18 on Vineyard Road in Sylvania Township, Albright said. Sackrider’s daughter, husband and her two children actually lived in Sackrider’s home. Sackrider had been living the last couple of years at a lake cottage on Wall Lake in LaGrange County, Indiana. Sackrider’s husband died in April 2010. He had run a copier business in the Toledo area for approximately 18 years.
Albright said Sackrider’s disappearance was allegedly brought to light by someone in LaGrange County on Sept. 24. who started asking the daughter “where is your mom?”
It was then it was determined there was a problem. A missing person’s report was filed with the LaGrange County Sheriff’s Department that day.
There were few leads until the Sackrider’s body was discovered in a rural area of Palmyra Township surrounded by farm fields and woods. But local investigators quickly homed in on the case south of the Michigan border when a Lenawee County Sheriff’s Department detectives at the scene remembered the missing person case from Sylvania.
An autopsy was performed on Sackrider’s body the day after she was discovered at ProMedica Bixby Hospital. Investigators are still awaiting laboratory results from the initial autopsy.
Albright said if investigators have enough evidence to charge anyone in the death the case would be tried in Lucas County based on discussions he has had with Lucas County prosecutors.
“Because this is where she was last seen alive,” Albright said.
Albright said there would have to be a legal process followed to get all the evidence that was collected in Palmyra Township sent to Sylvania township.
“There was nothing there that indicated she was in fact killed there,” he said.
Welsh said his department is cooperating with the investigation and agreed that the investigation and any prosecution that could result may end up in Ohio.
“It’s probably going to lead us in that direction,” he said, “we are willing to do that, if that is the best thing to do.”
Albright said nothing in the investigation so far has turned up anything in the woman’s past that would indicate someone had a motive to do her harm.
“She was a woman that loved her grandchildren and minded her own business,” he said.
He would not comment on whether this could be a random incident or if she was targeted.
Albright said he doesn’t feel there is someone out their randomly targeting people “for kicks.”
“I would be comfortable with my wife walking down the street where she was last seen, even in the middle of the night,” Albright said.
“Obviously we are checking into her past,” Albright said. “She was a low-risk person; not involved in any criminal activity.”
Anyone who may have seen anything related to either incident can call the Lenawee County Sheriff’s Department at 517-263-0524.
Copyright 2012, River Raisin Publications, Inc. This is an edited form of the complete story. For the rest of the story, please pick up the Nov. 21, 2012, edition of The Advance, or call to subscribe at 517-486-2400.