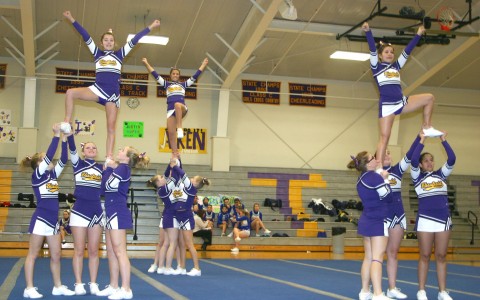 The Blissfield varsity cheer squad had a rocky start to its 2012 campaign, before rallying to a second-place finish at the Onsted Invitational Saturday, Dec. 15, coming just 1.08 points shy of vaulting themselves past the first-place Addison squad.

The Lady Royals had finished sixth out of nine teams at the Grass Lake Invitational Dec. 8, followed by a fifth-place finish at Ida Dec. 12.

For the complete story on the BHS competitive cheer team’s season thus far as well as team photos with trophies, please see the Dec. 19, 2012, edition of The Advance. Copyright 2012, River Raisin Publications, Inc. 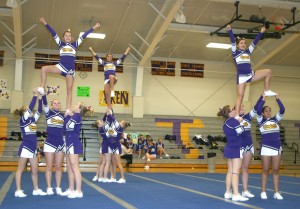