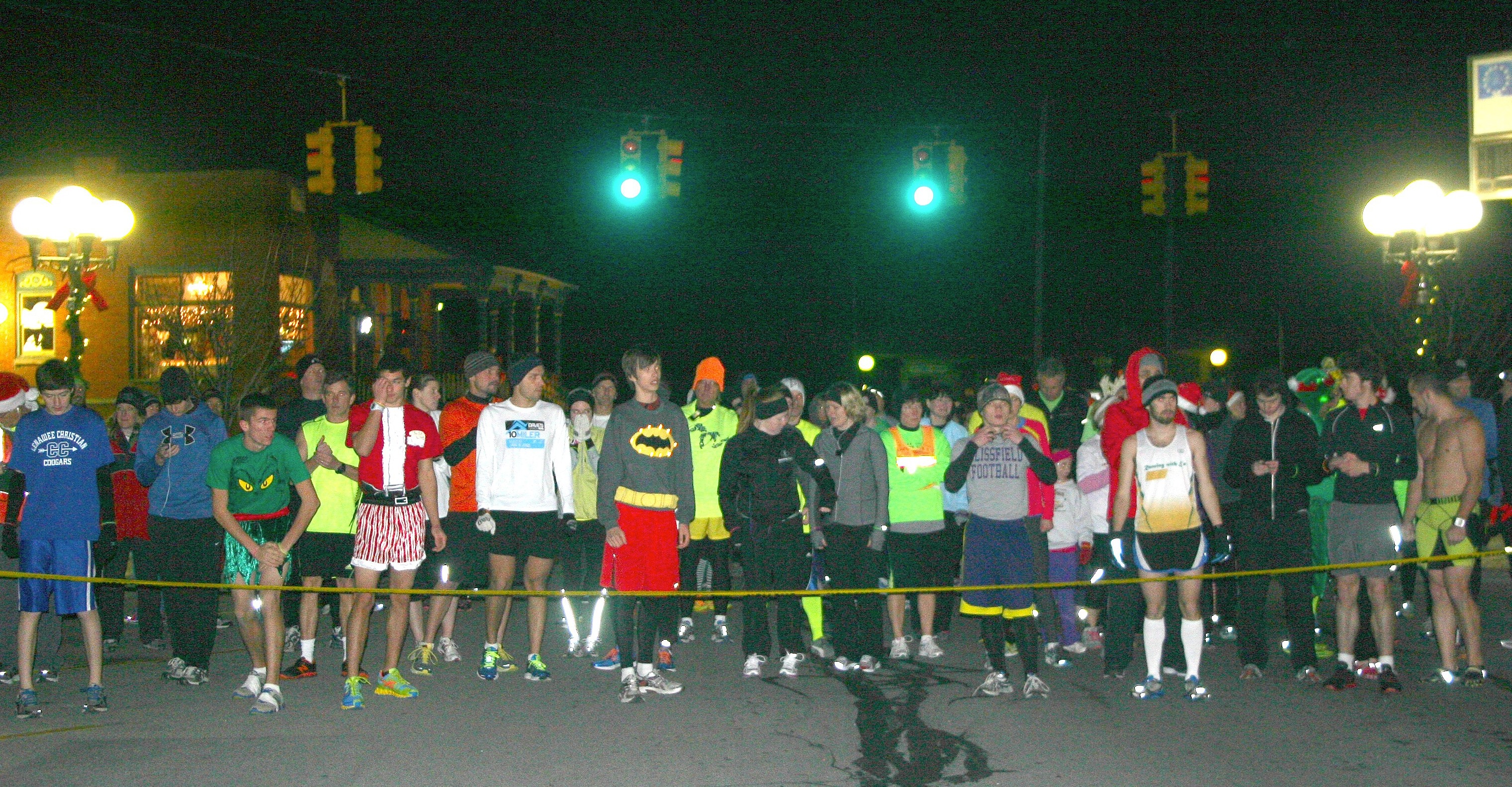 The Miss River Raisin Festival Scholarship Program hosted its first-ever night race — the Hot-Cha-Cha 5K Mug Run — on Friday in Blissfield. Despite chilly temperatures, 104 runners signed up to brave the brisk, but clear night air to compete in the five-kilometer trek.

Runners from abroad and of all ages participated, from the ages of six to 80.

Alex and Cassie Williams of Caro, traveled three hours and completed the run to make it their 156th race of the year.

“It was a great race and you can’t beat having hot chocolate waiting for you at the finish line on a chilly night like this,” Alex said.

“We had a lot of fun. The race was very well-organized and the volunteers were excellent and they were all very nice,” Cassie added.

For some of the runners it was their first race, but for 80-year-old veteran racer Harrison Hensley, it was his 2,128th career race, and his 87th five-kilometer run of the year. Hensley’s friend and fellow racer Randy Fielder marked his 1,698th with the completion of the run.

Runners chose either to receive a Wassail mug which allowed them to sample wassail in the Blissfield Wassail Festival to a hot-chocolate mug for hot chocolate after the race.