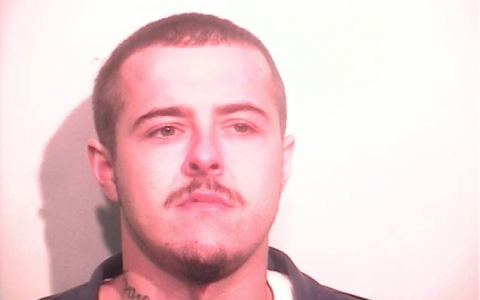 An Ohio man federal authorities were searching for near Crockett Highway and Beamer Roday Monday afternoon and evening has been arrested.
Branden Lounsbury, 28, was apprehended in Toledo, Ohio, and is lodged at the Lucas County Jail, according to First Lt. Tony Cuevas, commander of the Michigan State Police-Monroe Post.
Lounsbury was arrested by members of the U.S. Marshal’s North Ohio Violent  Fugitive Task Force at approximately 3:30 p.m. Tuesday, May 7. He was wanted on several felony charges in Fulton County Ohio for manufacturing and trafficking methamphetamines.
Agents had located him near a residence on Crockett Highway Monday afternoon and a short car chase occurred before Lounsbury fled on foot. Federal and local authorities were unable to find him in a wooded area Monday evening.